Commemoration at the Cairn this Sunday 24 August 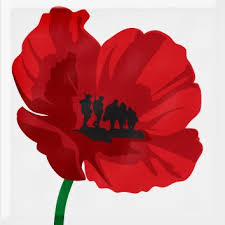 As part of Hands Across The Border’s highly successful project to build an enormous cairn in Gretna as a symbol of unity and friendship in the run-up to the Scottish independence referendum, Rory Stewart MP will be welcoming former servicemen and members of the public to our ‘Commemoration at the Cairn’ event this Sunday from 12 until 3pm. To tie in with the First World War centenary celebrations, the event will focus upon the unique history of the local area during the Great War.
Gretna was once the site of the UK’s largest munitions factory which employed some 30,000 people and stretched 12 miles right across the border from Eastriggs in Scotland to Longtown in England. It was also the site of the Quintinshill rail disaster, the UK’s worst ever rail crash, in which some 215 Scottish troops were tragically killed on their way to Gallipoli. The event will have interesting speeches, fascinating exhibits and plenty of food, fun and activities for all ages. It will be a fantastic opportunity for learning and reflection for members of the public and ex-servicemen alike. Lt Gen Sir Graeme Lamb KBE CMG DSO, a Scottish former Commander of the Field Army and Director of UK Special Forces, is our special guest and will be speaking at the event. General Lamb was deputy commanding officer of multi-national forces in Iraq and was special advisor to US General Stanley McChrystal in Afghanistan. We look forward to seeing you there!